Trollhättan Energi, which is owned by the municipality, delivers climate-smart energy for homes, businesses and vehicles, in addition to ensuring local residents access to clean water, sewerage and waste management services. The company is also responsible for the operation of the local fibre network in Trollhättan Municipality, users of which include municipal companies, operators and content providers.

To safeguard the operation of the local fibre network, Trollhättan Energi opened a data center with integrated emergency power in 2015 that was designed and built by Coromatic. The data center is located in a secure building previously used by the civil defence authority.

As more and more critical societal functions are digitalised there is a growing need for more space at the data center. Therefore, in 2017 the company decided to increase its redundancy and capacity by enlarging the existing data centre.

– Since the data center was established, we have seen increased interest from a growing number of operators in installing their equipment in the hall. We have also decided to relocate all our IT infrastructure to the data center and when we noticed the level of interest from both businesses and the municipality in potentially installing equipment here, we decided that expansion was the way forward, says Tom Nordal, Trollhättan Energi’s fibre network manager.

The civil defence building, in which the first part of the data center was located, held an additional hall that proved to be the ideal space to house the expanded data center. By opting to use an existing building Trollhättan Energi avoided expensive construction costs and was able to benefit from the infrastructure already in place for emergency power and cooling.

A procurement process for the expansion of a data center was conducted by Trollhättan Energi in 2017. In addition to the stringent requirements for security and operational stability, Trollhättan Energi had specific requirements for sustainability and energy efficiency. Coromatic won the contract and was commissioned to deliver a turnkey data center.

– Coromatic was the company that was best able to meet our requirements. Throughout the construction process they managed the project in accordance with our specific requirements to the work environment, says Tom. 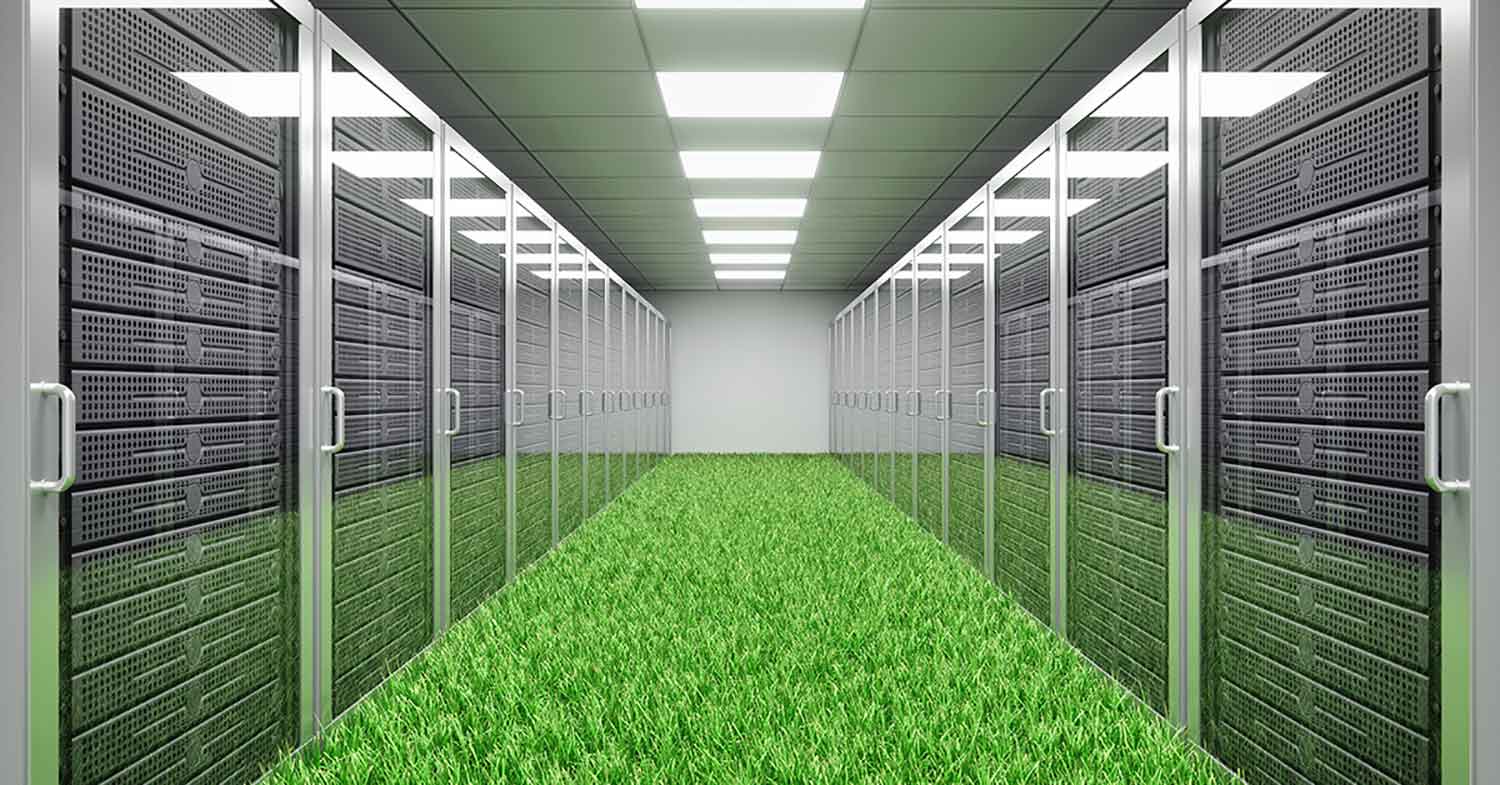 As much of the infrastructure was already in place, work quickly got under way to install the new part of the data center Coromatic began work in January 2018 and the data center was commissioned about six months later.

Focus on sustainable and energy-efficient solutions

It was possible to use the existing cooling and climate system in the new part of the data center with some minor additions to ensure redundancy and achieve even greater energy efficiency. For instance, the cooling unit is located outdoors and free cooling is used to cool the data center for most of the year. The cooling solution is designed in such a way that it ensures efficient heat transport away from the active IT equipment. This solution saves a lot of energy.

– Data centers require a lot of energy and it is therefore our responsibility as a green business to do our utmost to reduce energy consumption. In addition to designing and installing the actual cooling solution, Coromatic has installed separate meters for each cabinet that display the actual energy consumption for each customer.

This means that not only is each customer able to see their footprint, but they are also able to pay for actual energy consumption, which has increased transparency, says Tom.

As part of continuing efforts to reduce its climate impact, Trollhättan Energi is now working with Coromatic to see whether and how the data center could be connected to the local district heating network to enable it to recycle heat.

– We are at a very early stage with this, but we are eager to see what contribution the data center can make to a sustainable and circular heating solution in the municipality, says Tom.

With the completed data center up and running, operational stability has further increased, and more operators have installed their equipment in the data center which boosts competition and freedom of choice.

– The new data center has made it even easier for the whole of Trollhättan and the region in general to benefit from digitalisation in a secure and sustainable way. Coromatic has been an important partner in fulfilling this vision, concludes Tom Nordal.